The Asylum features three new attractions; Post Mortem The Escape, Primitive Fear Anarchy, and Ridgegate The Deranged! Named by The Travel Channel as one of America’s Scariest Halloween Attractions and Top 10 Haunted Houses in the Nation by Hauntworld Magazine!

A few miles east of downtown Denver lies the secret resting ground for 200 lost souls—former adult and child residents and also doctors of the Ridgegate Asylum—a dark chapter in Denver’s history. No record was made of the move to Northeast Park Hill and the remains and artifacts stored there on 39th and Kearney Street. Still, some 200 bodies are said to have been buried there, a strange resting place, considering at one time, the site was used as a schoolhouse for forgotten children. Now, there’s been a breach in the tomb and there are rumors that the maniacal deeds are being revisited upon the people of Denver. Will your own thoughts overtake you—or can you help contain the spirits that have been imprisoned there? 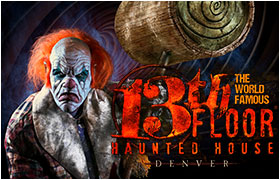 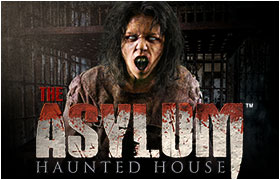 Enter your email address to win tickets and get discounts!